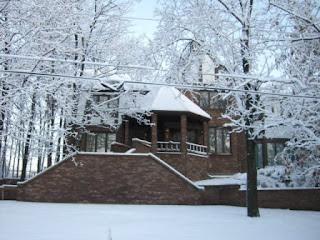 Where to start, my wife an I purchased this 4700 sq. ft. house in the southwest suburbs of Chicago on March 17 2006. It is a very cool looking English Tudor. It was built in 1978 for a businessman and his wife. They had a daughter in 1980 and divorced shortly after that. So for the first 23 years it was just the mother & daughter living there then the mother alone for about 6 years. I could tell that it needed a new roof (cedar shake) and major updating as not one thing was changed from the day they moved in and there were some crazy colors. 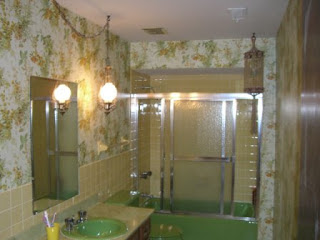 In the following posts I will document the restoration of the house room by room I figure it will take years and tons of money. The living room is already finished so I will have to back track to show what I've done so it will not be as thorough as the current and future projects. I also did a quick fix on the kitchen that should make it it livable for 5 years or so until we can afford to gut it and redo it.
Posted by dpries123 at 12:18 PM

You have a beautuful home! I really like the tile in the bathroom pic you posted- I think there is lots of potential! I recently posted about my vintage tile bathroom (check it out here: http://thetinytudor.blogspot.com/search/label/Powder%20Room). I would love to see more pictures of your home as you guys redecorate and remodel. Best of luck!

We just launched Chicago bookoo - it's a massive online yard sale for Chicago and surrounding areas.- Thousands of people buying and selling used stuff from each other, in a fun, family-friendly way! :)

We're getting the word out to some local bloggers, and would like to send you a free bookoo t-shirt (no strings attached!). If you would like a free t-shirt, will you send me an email at kellin@bookoo.com with your address and shirt size? I'll get it out to you right away! 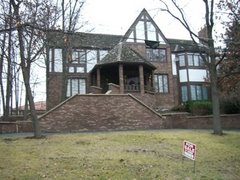